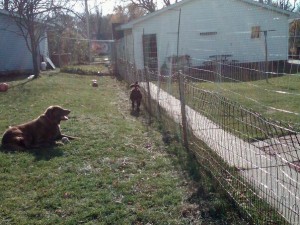 When Louie first came to live with me he would do laps around my house from window to window to window. This was non-stop until he was exhausted. He would flop down on the couch to sleep and then wake up and start the window circuit again. When I took him outside, I had to have him on a leash as he would run up and down my two long fence lines looking for something, anything to fret over and bark. One fence line has an evergreen hedge that was thick from ground to the top. He “ate” himself a path along the fence and over the winter ate all of the branches off from the ground to about 3-4 ft high. The only way I could get him to go potty was to have him on a leash until he went and then I let him off the leash to pace and run. Given Louie’s background I thought he just needed time to adjust to confinement. Over the months I realized this was not the issue, it was deeper than that so I sought advice from my Chessie network and local trainer.

I enrolled Louie in obedience classes and started taking him running with me. I put him in a prong collar so I could control his out bursts when he heard birds. Luckily my first months with Louie were in the winter and there were fewer birds, no bikes, skateboards or people playing basketball or tennis! In the spring I found out these were all triggers for him. By working with him in the winter, I was able to establish manners and trust between us. We repeated Basic Obedience I three times!

He was also scared of people especially when approached inside.When people would approach, he would jump and nip at them. He did not like anyone else in my house and was not keen on being approached outside. We initially thought he had a screw loose and was aggressive and wondered if we could rehab him. At times I found he would tolerate people in my house but would all of the sudden jump on them and possibly nip at them. He was very unpredictable.

Louie was not crate trained when he came to rescue but he absolutely had to be crated for his safety and the safety of others. He did not like the crate but I always fed him in there, gave him toys to chew on and lots of treats. He began to realize this was a safe place. Initially he preferre

d the crate in an open area where he could always see around him – remember the window circuit? Well he was a stray and I think he hated walls because he couldn’t see what was coming. Eventually (1 year later) he chose to move himself into a different crate that is in the back corner of my kitchen partially under the breakfast counter. That crate belonged to another dog in my house but Louie decided he liked it. He would go in that crate and sleep when the door was open and so I moved the other dog and let Louie have his crate of choice. I have found that he will “tell” me what makes him comfortable but I have to watch and not think just allow myself to observe his behavior. Once I turn my brain off and just observe and not think, I can absorb and understand his body and his messages. 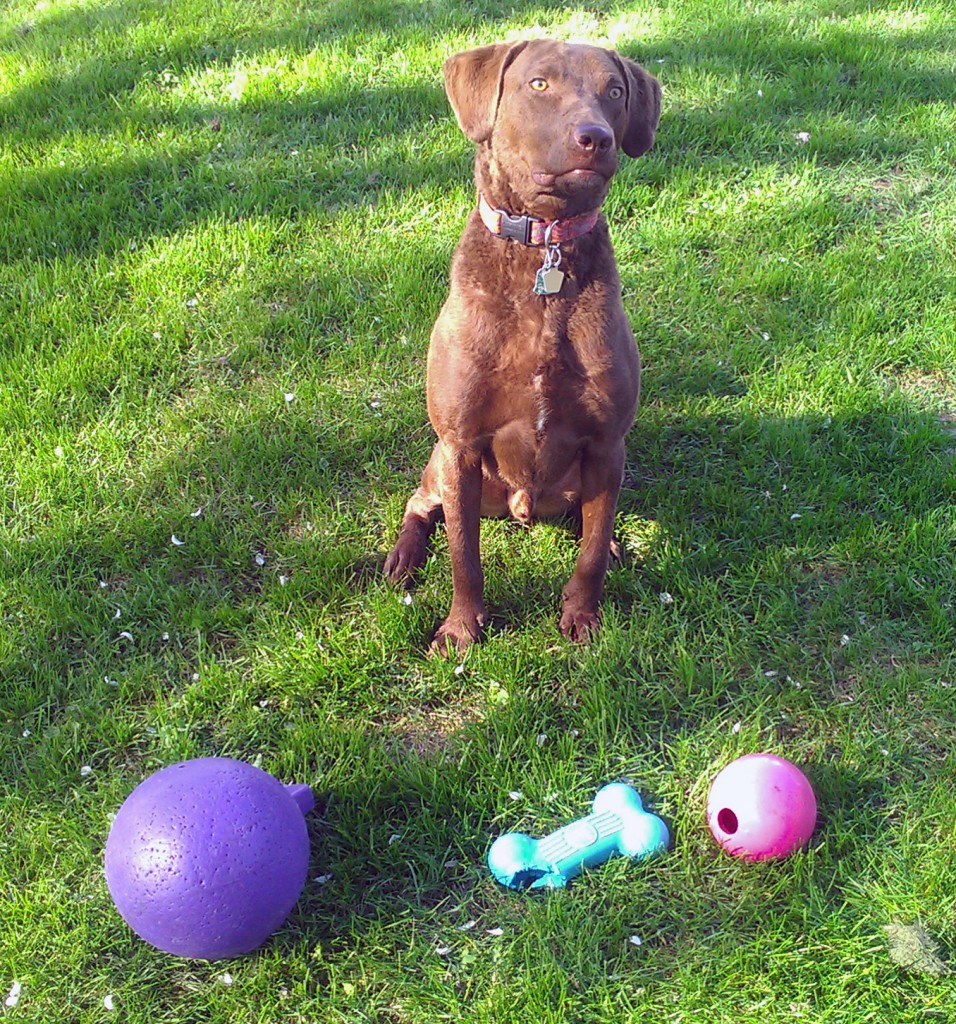 Louie’s body language was extremely hard to read as he always looked WILD! He had big buggy eyes that you could always see the whites. His tail was in a constant curl and his body was always tense. The dog was “on guard” constantly like a bomb about to explode. One of the reasons it was hard to read Louie’s body language is he NEVER Relaxed! I didn’t have anything to compare. I had never seen Louie relaxed because he never did. I don’t think his previous life allowed him to relax, he lived on his own in south Louisiana with not only wild animals but also some unfriendly people. He was fortunate to choose a building on a farm owned by a dog lover. Do you think this is a coincidence? I don’t, Louie is very sensitive and I think he felt safest on that farm and therefore found some refuge from some of his fears. 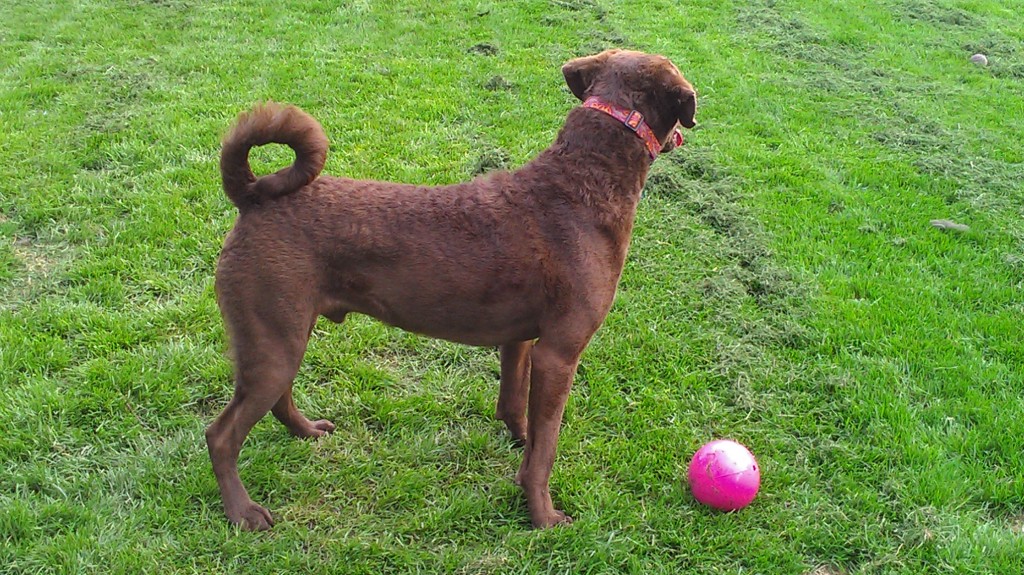 Tense body and tight tail curl. Louie is “on guard”

Part of the challenge with a dog like Louie is determining is this aggression or fear. From all of my research, discussions with trainers both locally and throughout the country, I have learned that most anxiety and fear is incorrectly labeled aggression or dominant behavior. In fact most often the dogs are responding out of fear, remember the “fight or flight”? If we take away their ability to run away, they are only left with fight. We need to help them learn new ways of dealing with their fear and anxiety. Here are some of the resources I have used:

“Help for your Fearful Dog” by Nicole Wild

“The Cautious Canine” by Patricia McConnell